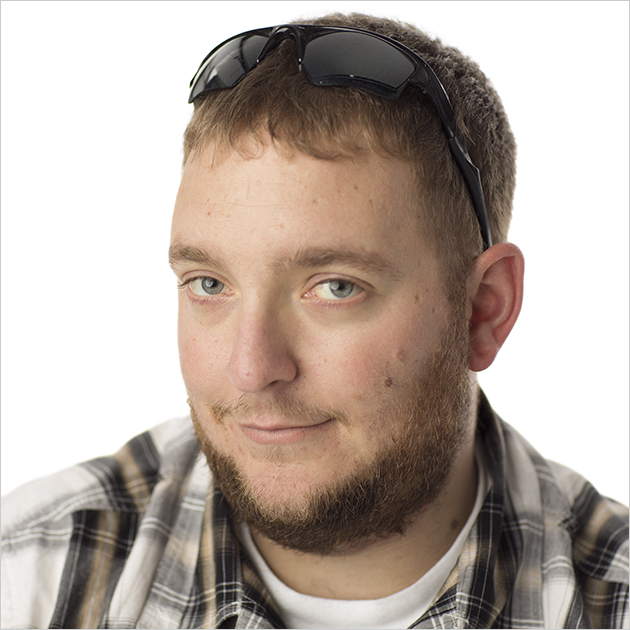 “After my second deployment I moved in with a friend, he’s like, ‘Dude, there’s six holes in my wall. You wake up screaming.’ I’m a helicopter mechanic. I shouldn’t have flashbacks when I hear a helicopter and then go off in my own world and see the past. It took ’til my first hospitalization for the Army to say, ‘You have PTSD.’

“April is an ice breaker. She forces me out of my house. She pulls me into the real world. In a crowd, I wonder, ‘Who’s behind me? Who’s hiding?’ With April I can have a bubble around me as long as this leash. It keeps you from freaking out at people. I’ve learned her body language. If she’s bouncin’ around, happy, I’m probably gonna have a good day. If she starts hiding from me, I probably need to stay home. She’s there for me either way. If I start slippin’ into depression or flashbacks, she’ll jump on me or do somethin’ goofy, like pull on me to try to go chase a duck, ‘Hey, snap out of it, pay attention to me.’ “ 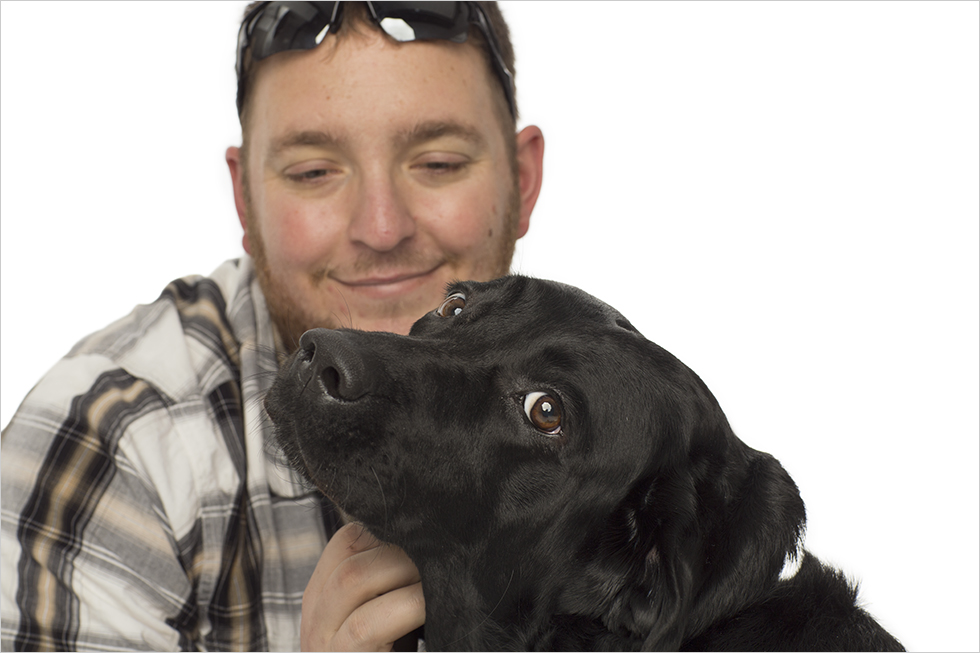 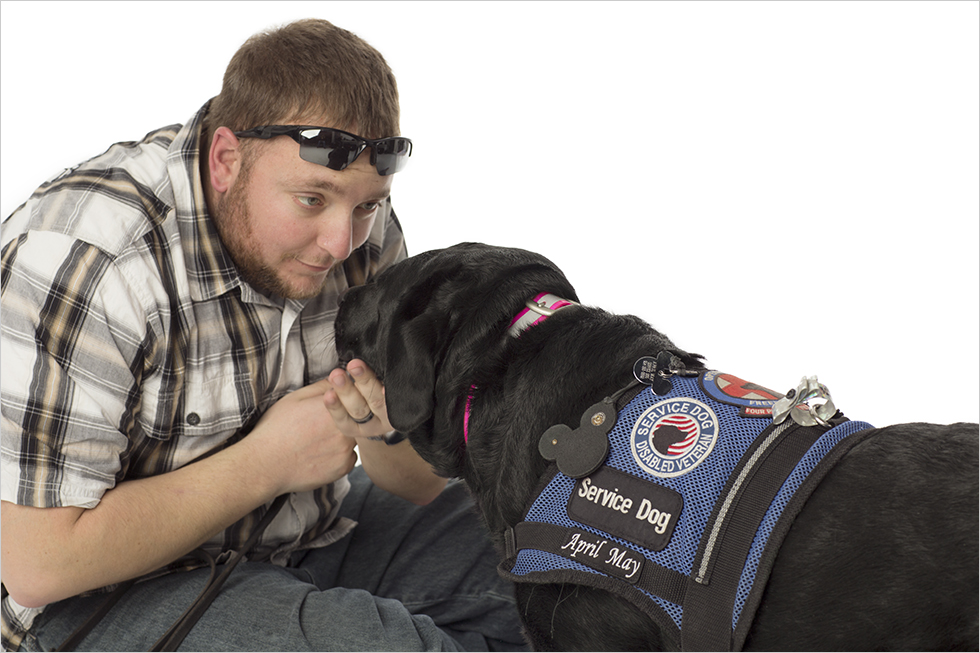 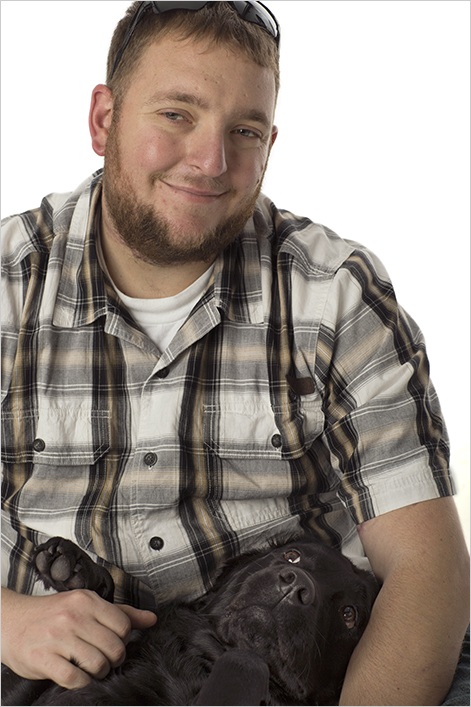 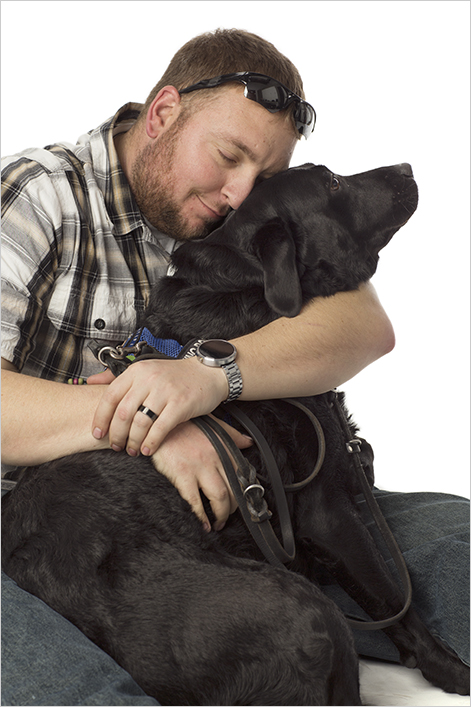 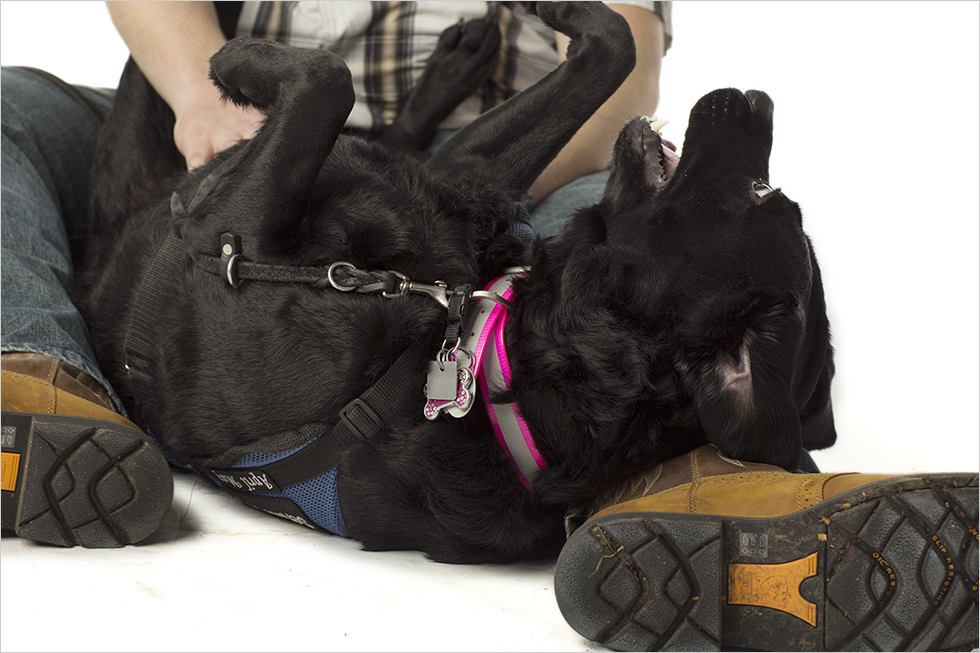 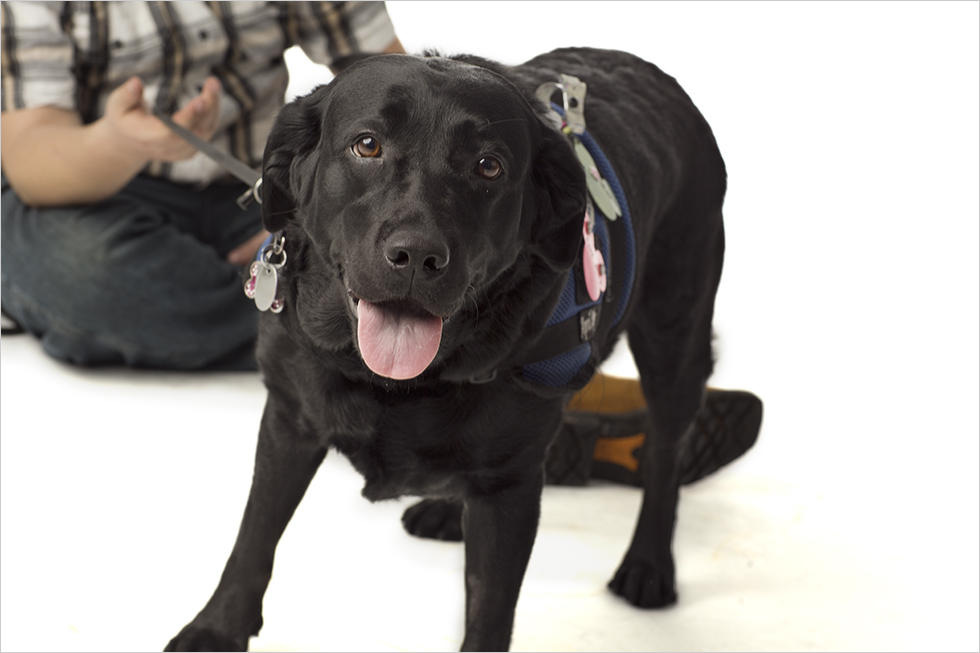